The South Dakota Supreme Court has issued a judgment of reversal on the ruling delivered by Judge Robert Timm in the case involving the permit granted to Teton Family Farms, LLC, to build a hog confinement facility in Grant County.

Grant County Concerned Citizens and Timothy A. Tyler had appealed the decision by the Grant County Board of Adjustment to approve the Teton permit.

Rather than ruling on the permit appeal, Timm ruled that the procedure which allows for his review of the appeal was unconstitutional.

The Grant County Board of Adjustment and Teton appealed?Timm’s ruling, and the case was scheduled to be heard by the state supreme court.

The supreme court heard a Moody County case in May dealing with similar issues, and the decision in that case disposed of the issue in Grant County, reversing Timm’s decision.The case will now be sent back to Timm for his ruling on the original appeal by the Grant County Concerned Citizens and Tyler. When that decision will be rendered is not known.

In the Moody County issue, Mustang Pass, LLC, was granted a conditional use permit (CUP) to allow a concentrated animal feeding operation.

Citizens petitioned the circuit court for a writ of certiorari to invalidate Mustang’s CUP. They challenged the board’s jurisdiction to consider Mustang’s application, asserting that Moody County failed to properly enact its zoning ordinance.

They also asserted that Moody County did not have legislative authority to delegate to the board of adjustment original jurisdiction to consider a CUP application, and therefore, the board’s approval of Mustang’s CUP was void.

Finally, the citizens argued that SDCL chapter 11-2 and the statutory scheme governing appeals from CUP-related decisions at the circuit court level violates the Equal Protection clause of the South Dakota Constitution because it gives some aggrieved parties a more favorable de novo review before the circuit court and other aggrieved parties less favorable review by writ of certiorari.

Timm’s ruling in the Grant County case centered around the de novo review and writ of certioriari.

Depending on the structure within a particular county, current state statutes allow for the court to review appeals based on two different methods.

In counties such as Grant County where commissioners appoint a board of adjustment to grant or deny conditional use permits for CAFOs, appeals to circuit court from such board of adjustment decisions are reviewed under a writ of certiorari standard of review.

If a county commission does not appoint a board of adjustment and makes the decision itself, then the decision is reviewed under a de novo standard of review. The writ of certiorari standard is more limited than the de novo standard. Using the certiorari standard, the judge starts out under the assumption that the board of adjustment acted properly in issuing the permit and it is up to the appellant to disprove that.Using the de novo method, no preference is given to the board’s decision, and the ruling is based on the facts presented.

Judge Timm ruled that restricting residents of certain counties to appeal county conditional use permit decisions under the writ of certiorari standard of review violated the Equal Protection clause of the South Dakota Constitution and the United States Constitution.Timm’s decision declared the restriction unconstitutional and stated that the petitioners are entitled to a de novo review of the county’s board of adjustment decision.

In the Moody County case, the circuit court judge denied the citizens’ request for a writ of certiorari and explained in his original ruling: “It makes sense to allow the individual counties the flexibility to determine the mechanism by which zoning issues are considered and appealed.”

The Moody County decision had a controlling factor on the Grant County case with the supreme court subsequently reversing Timm’s decision. 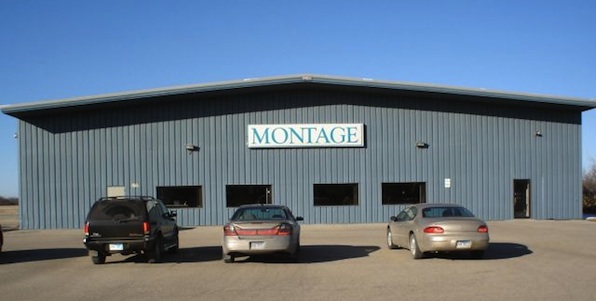