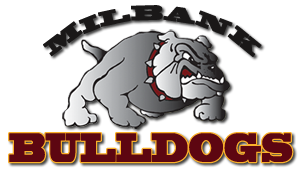 There’s more to high school than “reading, writing and ‘rithmatic,” and Milbank juniors and seniors now have the chance to experience learning in an unusual way.

The 20 students who have completed the first semester of the new health science careers class dissected cow hearts, practiced suturing on deer tongues, performed MRIs, teeth polishing and dental X-rays among other learning experiences.    Dissecting cow hearts was the highlight of the semester, the students agreed. “That was very cool,” Heidi Bergquist affirmed.   “The basis of our curriculum is to expose students to all the different health care careers, and give them an idea of what’s available out there and what they can be doing when they go off to college,”?said Johanna Fischer, school nurse and teacher for the class.

One of the benefits of the program is that it has opened the students’ eyes to the opportunities in a small town. Those who completed the first semester agreed that there are far more health field options in Milbank than they realized. “There are some of those people that we visited that I’d never seen before,” Bergquist admitted.

“It was kind of mind-blowing,” Isaac Snaza added.

Classes such as this one are beneficial in helping the students become aware of what’s available, they all agreed. Mikayla Street made an additional recommendation, “Having the class available for when people are younger would help open up everything for us as we grow. We’re seniors, but it would have been cool to see all that stuff when we were younger.”

“We want to do things like take the class to Sioux Falls to get experience at a bigger facility, but our focus really is to expose these kids to what they can do in a small town, and letting them see that there are all kinds of opportunities right here in Milbank,” Fischer said. For example, students might think that a registered nurse can only work at the hospital. Fischer strives to show them that the nurses also work in schools, nursing homes, with the outreach physicians and many other positions as well.

The class also stresses the support staff positions within the health care industry. “There are technology positions, administrative positions and other support staff opportunities,” Fischer said. “Some of those are very high paying positions.”

“Just giving the students exposure to those things is a great opportunity, because when they go off to college and decide that they are going to go into a program, they’ve already dove into it and then may have to deal with switching careers,” Fischer said. “But this might detour some of that a little bit.”

“The kids are starting to realize there are tons of opportunities in a small town. They don’t always have to go to a very large city to work in a medical field,” Fischer said. “But on the flip side, if they are interested in becoming a specialist of some sort, we can help them answer their questions: ‘Where do I go to do those sort of things? What college do I go to? How long will it take me? What will I earn?’”

Because the fall semester of 2015 was the first time the class was offered in Milbank, the students didn’t really know what to expect. They wanted to get more experience with the choices available in the medical fields. At the conclusion of the semester, the consensus was that the class was extremely informative and successful.

For some, the experiences gained through the class have reinforced students’ beliefs that they’ve chosen the right career path. Other students have come away from an experience realizing they never want to do some particular jobs.

“I went into it not knowing what I wanted to do in the medical field, but after the visit to the dental office, I came out knowing that I want to be a dentist,” said I. Snaza.

“The health science careers class has really exceeded our expectations from a number of standpoints,” said Dan Snaza, principal. “It’s done what we hoped it would do, and that is to give the kids access to many different areas of the health care sector.”

“We feel this is a great way to help introduce and expose the students to a variety of health careers. That may ignite a spark to a health career and we hope that they may consider filling a position back here in our community someday,” commented Tim Graf, superintendent.

While Fischer is in charge of the class, she and the students are quick to praise Dr. Nanci Van Peursem for her dedication to seeing the program succeed. “Dr. Nanci is here in the classroom every Thursday. Some weeks she’s with us more than one day,” Fischer said.

Students who have taken the class were impressed and humbled when they learned Dr. Van Peursem was using her personal vacation days from work to come into the classroom.

The students chorused their thanks to Mrs. Fischer, Dr. Nanci and all of the people behind the scenes that helped. “They have busy lives and they appreciate their days off. For them to choose to spend their time with us was amazing,” Street said.

Students report that at the beginning of the class, there was a lot of work and a lot of homework, before it transitioned to more hands-on learning. “I think that because Mrs. Fischer and Dr. Nanci hadn’t taught anything before, they were unprepared, but as the semester went on it got a lot better,” Bergquist commented.

The class utilizes Simmers DHO Health Science as the textbook. “It’s a college level book, but the kids aren’t getting college credit for the class,” Fischer said. She indicated that they use the textbook, but quickly added a hands-on aspect to the class.

Fischer and Van Peursem, with the aid of Amy Thue who is the communications coordinator for Milbank Area Hospital Avera, began lining up field trips for the students. “Amy (Thue) and Natalie Gauer have been vital in making this work,” Fischer added.

The field trips were the best learning opportunities, according to the students. “They did a really good job of exposing us to every field they could,” I. Snaza said.

By the end of the semester, the students had gained experience with suturing and radiology, and staged a mock surgery. “Of course in all these experiences, we incorporate anatomy and medical terminology and other medical aspects,” Fischer said.

The field trips involved businesses in Milbank and also some as far away as Sioux Falls. The students have been to the hospital, dentist, chiropractor and physical therapy firms, as well as others.

“We have been extremely fortunate to have the businesses in town be so open to having these kids come in. They have been super supportive and willing to take the time out of their days to help make this possible for the kids,” Fischer said.

“There’s always stuff behind the scenes that nobody knows, but since we’ve gone on the field trips, it really gives you a better look at it,” I. Snaza said.

“Normally you hear about things, but you don’t actually talk to the people to know what they really do on a day-to-day basis,” Street added.

Classes similar to Milbank’s health career class are usually only offered in the much bigger schools. “It’s huge to have it available in a community this size” Fischer said.

The class is funded by a donation from within the community and a portion of the money the school district netted in the State Farm Celebrate My Drive promotion. “We had an anonymous business pledge the money for the class.  I would just add that we are very appreciative of the support from the business.  It is another example of the great support we receive that ultimately benefits the students,” Graf said.

“The donation would be enough to fund the class for up to three or four years.  The State Farm money is held as obligated reserve funds and can be used in future years to keep the program in place,” Graf explained.

All indications show that the program should continue. “I’ve gotten a lot of really great feedback that is overall very positive,” Fischer said.

The students completed a survey at the beginning and end of the semester to help the teachers in making more improvements to the course. “I think it’s so important when you start something like this. I want to know that we are implementing what the students want. I want to be able to change it to meet their needs. I want to know what’s sparking their interest in going into health care,” Fischer said.

The curriculum and dynamic of the classroom changes with the interests of the students. “I don’t think any semester will mirror the next semester,” Fischer said.

“It’s a class that each semester it’s taught, they’ll make modifications and improvements. It’ll just keep getting better and better,” D. Snaza said. “There are other job sectors that are also in need of workers and this class may become a model for other areas.”

Being in the class has opened the students’ eyes to a variety of fields they weren’t aware of before. Bergquist has decided to pursue a pediatric subspecialty, such as pediatric oncology.

Street is undecided, but is leaning toward pediatrics as well. “I definitely knew I wanted to be in the medical fields, but the class has opened up a lot of different options that I’d never really thought about,” Street said.

“As the years progress I think the class will just keep getting better and better,” Street predicted. “It will turn into something really great.” 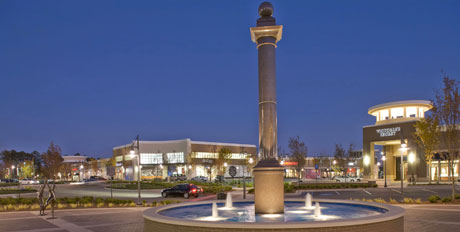